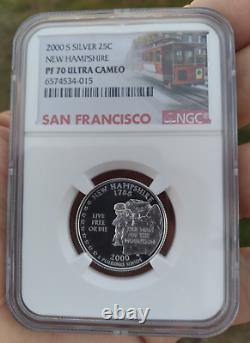 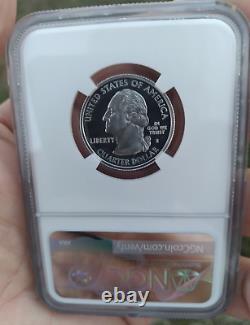 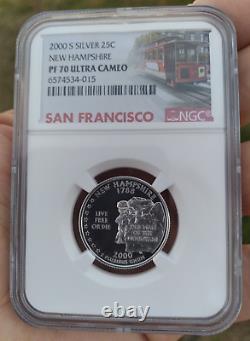 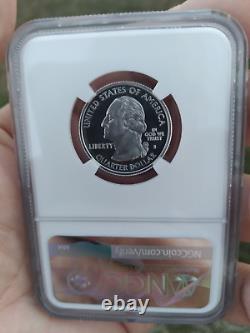 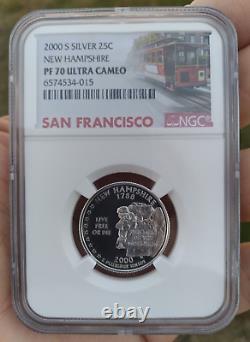 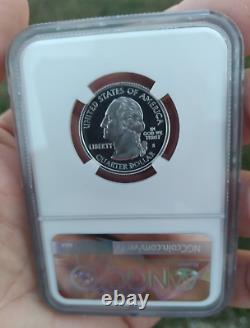 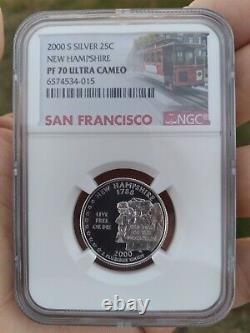 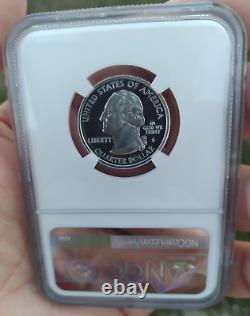 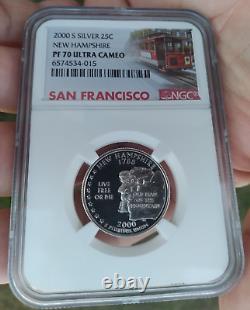 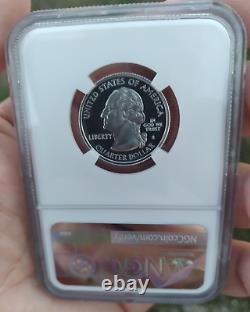 To Date NGC has only Graded 1,760 in the Highest Grade of PF 70 and this is one of them. The Obverse of the coin depicts. The portrait in left profile of George Washington, the first President of the United States from 1789 to 1797. The Old Man of the Mountain, a distinctive rock formation on Mt. Cannon in the Franconia Notch gateway to northern New Hampshire, is accompanied with the legend "OLD MAN OF THE MOUNTAIN", the state's name ("NEW HAMPSHIRE"), the date of its admission into Union ("1788"), its motto ("LIVE FREE OR DIE"), 9 stars, signifying the fact that New Hampshire was the 9th state to ratify the Constitution, and the motto "E PLURIBUS UNUM".